Psychologist Richard Lazarus dies at 80 BERKELEY - Richard Lazarus, an influential psychologist who studied cognition and emotion, has died. The professor emeritus at the University of California, Berkeley, was 80. Lazarus, who died Nov. 24 in Walnut Creek, wrote 13 books, including his classic, “Emotion and Adaption, which showed how appraisal enters into the generation of emotions. The book explained that a single response, such as a smile, can be used for different emotions; different responses, such as retaliation and passive aggressiveness, can be used in service of the same emotion. Lazarus was an early champion of the study of cognition and his studies in unconscious processes in perception have been frequently cited. He also studied coping and stress. Lazarus joined the Berkeley faculty in 1957. He graduated from City College in New York, received his doctorate from the University of Pittsburgh and served in the U.S. Army during World War n. He taught at Johns Hopkins University and Clark University before moving to Berkeley. He is survived by his wife, Bernice, tw-o children and four grandchildren.; 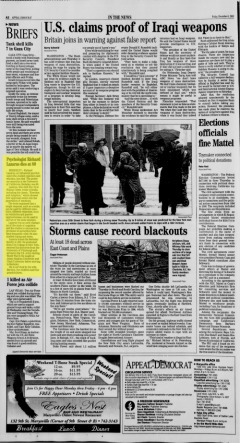