Story Prompts Anonymous Call Continued From Page A1 the details provided by the caller. Thursday's story provided no details jf the clothing worn by Miss Scott, nor did it describe the nature of Bostron's infection. (The story was exclusive to The Register, precluding the possibility of the caller learning the details from any other media outlet.) The caller said he met Miss Scott at the medical center and asked her about another man. He said she denied being involved with any other man. but he insisted she was He indicated to Riley that he had pictures to prove his claim. On one occasion he said. She was my love.” On two occasions he staled. I killed her.” Miss Scott’s parents. Jacob and Vera Scott of Anaheim, had cooperated with state police assigned to UCI for two weeks, keeping the disappearance quiet in hopes the abductor would call to make a demand, or release Miss Scott. On Wednesday the lather called The Register to say he was breaking silence because The light at the end of the tunnel seems to be getting dim On the night of her disappearance. Miss Scott attended an employee's meeting about 9 p.m. She was a secretary' for the Swinger's Psych Shop in Anaheim and at Custom John's in Anaheim (they are jointly owned). Bostron was at the meeting and his [ellow employees were concerned that his arm. which was developing a red streak, might need immediate medic-Dorothy Jane Scott al treatment. Miss Scott and Pam Head volunteered to drive him to UCI On the way to the hospital they stopped by Miss Scott's parents’ home so she could check on her 4-yearold son, Shanli They then proceeded to the hospital After leaving the employee meeting. Miss Scott changed scarves — so while those persons at the meeting recall Miss Scott wearing a black scarf, the anonymous caller was able to correctly describe the scarf she was actually wearing when she disappeared At the hospital, after Bostron had been examined, and was in line at the pharmacy. Miss Scott said she w-ould go get the car. She was never seen again Bostron and Miss Head went outside and saw Miss Scott’s car being driven away, but she was not at the wheel. The car was discovered hours later in Santa Ana It had been set on fire. It has been learned that Miss Sco'.t received a threatening phone call several weeks before her disappearance. She was frightened by the call, a coworker said, and even discussed purchasing a gun. She decided not to for fear that Shanti might somehow harm himself with it. She was studying karate, but had mastered only the basics when she disappeared. Those who knew her described Miss Scott as a good persqn, with an inclination toward religion. News of Thursday's phone call was relayed to her parents. They took the news stoically, saying only that it confirmed what they had already begun to suspect. Vera Scott said Shanti had at first been told that his mother was away, taking care of a sick friend. As her absence became protracted. Mrs. Scott said, Shanti finally demanded. Don’t tell me no more stories. I want to know — even if it’s bad news ” When a priest came by the house. Mrs. Scott said. Shanti asked the priest to pray for his mother. He seems to understand what is happening.” Mrs. Scolt said. He said he hopes whoever has his mommy will send her home so he can give her to Jesus ; 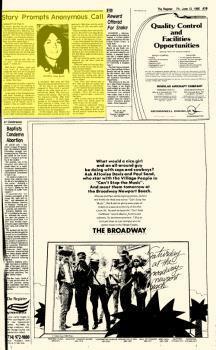