MAN ACQUITTED OF THREE MOTOR VIOLATIONS Fred Morrison Must Pay Costs; Driver Entered PleaWAS INTOXICATED Verdict of not guilty but pay the costs, reached Fririav night, was returned Monday morning to Judge H S Dumbauld in the ca.se of Pied Morrison. Ohiopyle tried for three violations of the automobile law following arrest last November 8 on Route 381 near Ohiopyle. by Trooper H. F. Rarig A co-defendant. Chester Bumsworth. who had been operating Morrisons car at the time, previously entered a plea of guiltv to driving while under the influence of intoxicating liquor Morrison faced prosecution 101 pt r-mittmg an intoxicated driver U operate his car.; 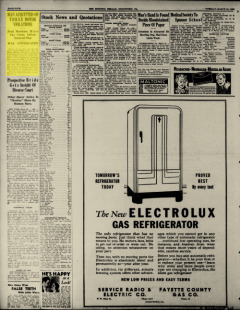